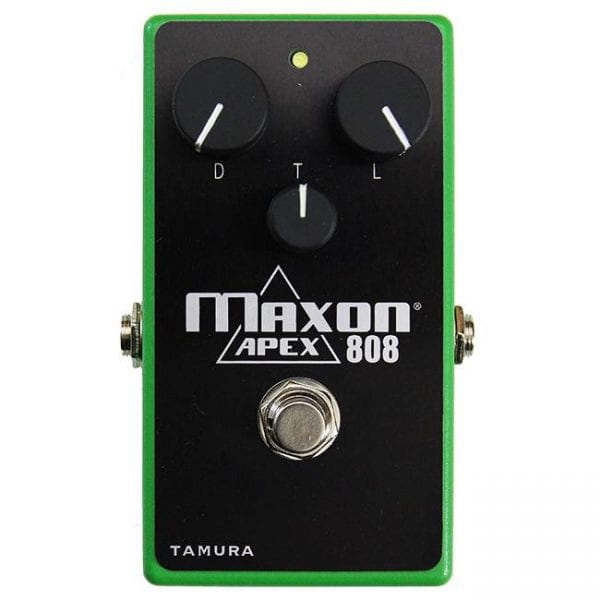 Maxon Apex808 Overdrive designed by Tubescreamer creator Susumu Tamura, the Apex808 was developed after meticulous analysis of over 100 vintage and current production Tubescreamer/808 variants over a period of 3 years.

During this study it was determined that the best sounding TS specimens all featured not only a specific brand of IC, but also that the IC in question was from a specific production period.

This IC was subsequently sourced by Mr. Tamura and incorporated into the design of the Apex808. The use of this “hen’s tooth” IC has a dramatic effect on the sound characteristics of the Apex808, generating a transparency, clarityand note-to-note separation so uncanny that it makes other drives sound as if they are being played with a blanket over the speaker.

The Apex808’s hand-selected IC offers the added benefit changing the overtone components of the signal based on input level.

The Apex808 allows the user to capture the sounds and feel of the best vintage Tubescreamer without having to play through or pay thousands to do so.